Whether you call them Traffic Signals, Traffic Lights, Stop Lights, or Go Lights, the primary purpose of these devices is to regulate traffic flow with a minimum of disruption and wait time for any and all of the traffic moving through a given intersection.

One of the potential issues to be dealt with is “Who had the green??” whenever you are dealing with an intersection accident When trying to answer this question, our staff relies not only on scene documentation and vehicle damage documentation, but also on witness statements as to the movements of traffic immediately before and immediately after the collision, the TRAFFIC SIGNAL PLAN, and the TRAFFIC SIGNAL TIMING PLAN. While at this point in time, unless you have a photograph of the intersection at the time of the collision showing the signal heads, one cannot say that at a certain time on a certain day THIS movement had a green light. However, oftentimes review of the documents and witness statements can indicate with a reasonable amount of certainty which party had the green signal light at the time of the collision. Daniel Vomhof III worked with traffic signal timing for most of the 3+ years he worked at City of La Mesa in the Traffic Engineering Section. During that time in addition to troubleshooting signal timing issues to improve traffic flow, he also interfaced with the La Mesa PD on several instances where vehicle accidents happened at a traffic signalized intersection in the City and there were concerns that who had the green would become a later issue. Since rejoining Expert Witness Services, Inc. on a full-time basis, he has worked on over 70 cases both as a primary and as a support consultant deciphering and giving feedback to the retaining party as to what the evidence and traffic signal timing plans indicated as to “Who had the green??” Mr. Vomhof’s experience, education, and training in both Traffic Signals as well as in Vehicle Accident Investigation and Reconstruction provide him with specialized knowledge that is important when evaluating Traffic Signal timing in a vehicle collision framework. This specialized knowledge combination is missing from the “toolbox” of most Traffic Engineers, Civil Engineers, and Accident Reconstructionists, who have training in one or the other aspects, but seldom in both. 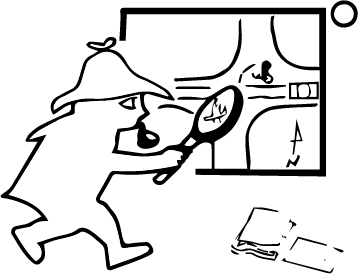